This steampunk sculpture is made of welded scrap metal parts
Painted with transparent varnish for anti-rust – only for indoor use.

It works as a Led lamp as well.

This steampunk art sculpture motherhood is a creation of visual artist Giannis Dendrinos.  He has created many  sci fi sculpture and metal art sculptures. This artwork was part of an art exhibition called “Motherhood steampunk”. Giannis has a passion for steampunk art. He creates art sculptures made of recycled scrap parts. Depicting spacecrafts, robots and various fictional elements used in science-fiction movies. He attempts to introduce his ideas of space art in the visual arts.

How did steampunk begin?

Steampunk, before it became the full-blown sub-culture it is today, started out as a science-fiction sub-genre in the 1970s. Its fundamental inspirations go all the way back to 19th century Victorian writers, such as Jules Verne (author of 20,000 Leagues Under the Sea) and H.G. Wells (author of The Time Machine)

What does steampunk fashion mean?

Steampunk fashion is a subgenre of the steampunk movement in science fiction. It is a mixture of the Victorian era’s romantic view of science in literature and elements from the Industrial Revolution in Europe during the 1800s. Steampunk fashion consists of clothing, hairstyling, jewelry, body modification and make-up. 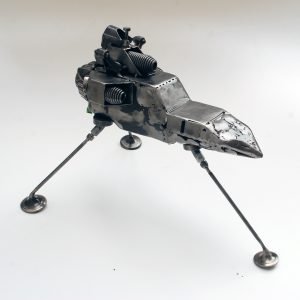 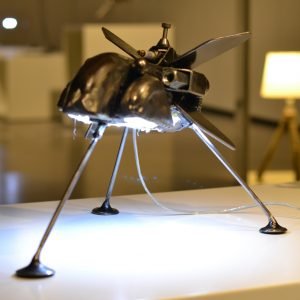 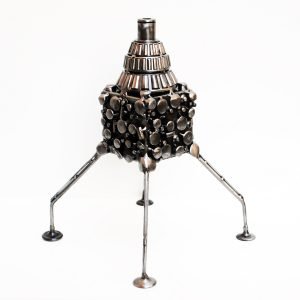