View cart “Contemporary silver ring Portal” has been added to your cart.

This is a Greek silver ring for women handmade by Greek artist jewelry designer Austri Crux. Beautiful, stunning, feminine modern ring that works well for all occasions, styles, and ages. You will love it! 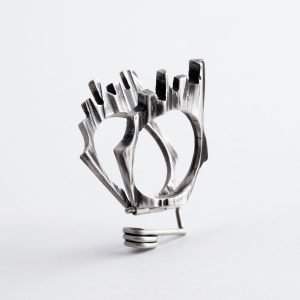