The cost for this painting with frame is 25000

This oil painting depicts the subject of the refugee wave that occured in Greece the last years.

What is an oil painting?

An oil painting is the result of painting with oil colors. The most common drying oils include linseed oil, poppy oil, coconut oil and cauliflower oil. The choice of oil gives a number of properties to the oil paint. For example, the amount of yellowing or drying time depends on them. The paint could be diluted with solvent. Some differences, depending on the oil, are also visible in the gloss of the colors. An artist can use many different oils in the same painting depending on the specific pigments and the desired effects. The colors themselves also develop a certain consistency depending on the medium. The oil can be boiled with a resin, such as pine resin or frankincense, to create an award-winning varnish for the body and its shine. The color itself can be formed in different textures from the plasticity it contains. Egg tempera was commonly used before oil painting was fully discovered. Tempera did not have the flexibility in the pigment provided by the oil paints.

The issue of immigration in art has become more and more topical in recent years. Many painters have depicted works on the subject of immigration in their works. Even Banksy, one of the most contemporary artists, has created artworks on immigration. His work has been auctioned. Read more in BBC article.

What Are the Advantages of Oil Paint?

The main advantages of oil paints are their flexibility and depth of colour. They can be applied in many different ways, from thin glazes diluted with turpentine to dense thick impasto. Because it is slow to dry, artists can continue working the paint for much longer than other types of paint. This provides greater opportunity for blending and layering. Oils also allow the artist to create greater richness of colour as well as a wide range of tonal transitions and shades. In fact oil colours do not change noticeably after drying, and it is possible to produce both opaque and transparent effects, as well as matt and gloss finishes. In the hands of Old Masters like Rubens or Rembrandt oils permitted stunning effects of light and colour as well as much greater realism.

When Was Oil Painting First Invented?

No one knows when oil paint was first invented. Oils had been added to paint mixtures long before the invention of oil paint as an independent medium. The earliest known example of oil painting is recorded as early as the 11th century, but the practice of easel-painting with oil colours grew out of 15th-century (quattrocento) tempera painting methods. It occurred largely as a result of improvements in the refining of linseed oil and the availability of new colour-pigments and volatile solvents after 1400, all of which coincided with a need for an alternative medium to pure egg-yolk tempera in order to meet the creative requirements of the Renaissance. 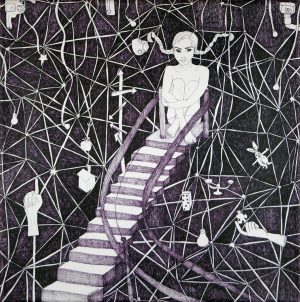 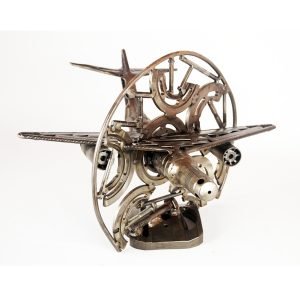