Size available: Custom size up to 30cm height at the same price

This Game of thrones knight is a metal art sculpture made of scrap metal parts. It is painted with transparent varnish for anti-rust protection.

The price includes any dimension you wish up to 30cm height. Please define your size on order. The statue shown in picture is 30cm height x 25x25cm. Any size can be made upon request with different pricing. We are hipping in all the world. The time I need to prepare it is 10 days.

Game of Thrones is an American fantasy drama television series created by David Benioff and D. B. Weiss for HBO. It is an adaptation of A Song of Ice and Fire, George R. R. Martin‘s series of fantasy novels, the first of which is A Game of Thrones. The show was both produced and filmed in Belfast and elsewhere in the United Kingdom. Filming locations also included Canada, Croatia, Iceland, Malta, Morocco, and Spain.[1] The series premiered on HBO in the United States on April 17, 2011, and concluded on May 19, 2019, with 73 episodes broadcast over eight seasons.Source: wikipedia

View more of my artworks

Where did I get my influence about this Metal sculpture king? 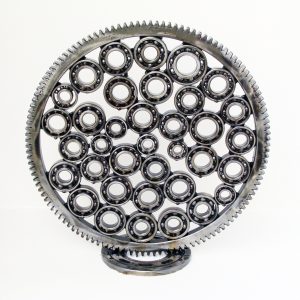 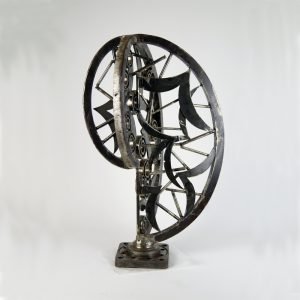