made of scrap metal parts

Can be created on custom dimensions and design

The artwork shown in picture is not available. A new artwork will be created.

Where did I get my influence about this formula one gift?

The natural environment of African landscape, the primitive way of life and my father’s metal workshop where I used to spend many hours playing are the basic reasons that led me to metal sculpture by using engine?s spare parts. They provide me with shapes and forms which I weld, grind, polish and finally varnish. I feel that I always have something new to discover which lead to new ideas and inventions. Using parts is about constructing, assembling, disassembling. Try the infinite possibilities of combining various objects to form what I have in my mind.?Metal bird sculpture is a combination of figurative and industrial art.

Why do they call it Formula 1?

The ‘Formula‘ part of the name refers to the set of rules that racers and racing teams must comply, the ‘One‘ part represents the fact that is the top racing category in the FIA, comprissing the fastest and most advanced cars.

History of Formula one…

Formula One automobile racing has its roots in the European Grand Prix championships of the 1920s and 1930s, though the foundation of the modern Formula One began in 1946 with the Fédération Internationale de l’Automobile’s (FIA) standardisation of rules, which was followed by a World Championship of Drivers in 1950.

The sport’s history parallels the evolution of its technical regulations. In addition to the world championship series, non-championship Formula One races were held for many years, the last held in 1983 due to the rising cost of competition. National championships existed in South Africa and the United Kingdom in the 1960s and 1970s. 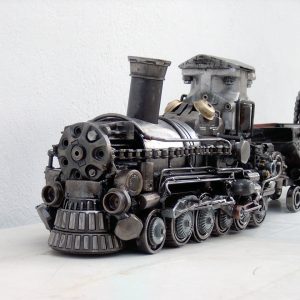